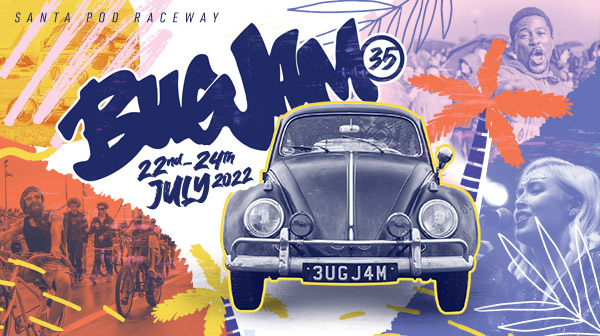 We’ve got an array of different things going on during the daytime, so you can while away a few hours listening and watching some amazing talent play in the BugWam and take to the Live Stage.*

*As part of your Sporting Event entrance only. 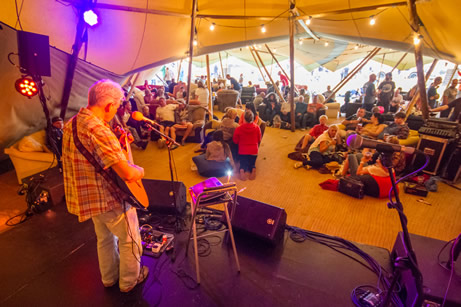 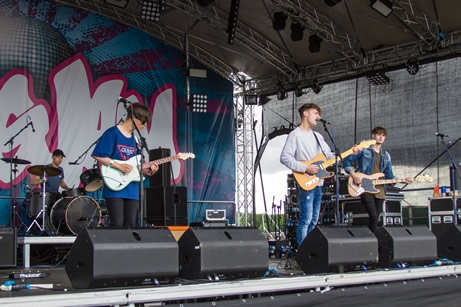 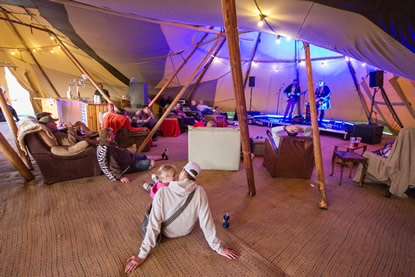 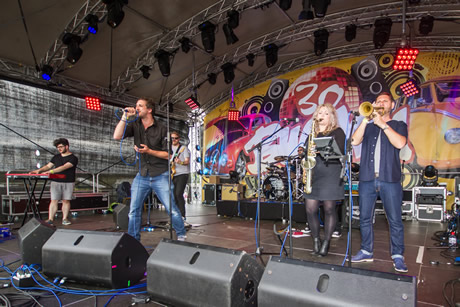 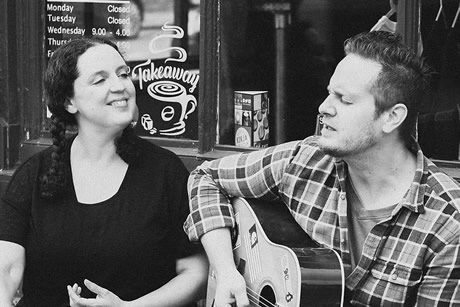 Ash Tu-kay & Rebecca Ryan or Tu-kay & Ryan are an award winning acoustic duo blurring the lines between alt-folk, Americana and roots music. They have become known for their lush harmonies and heartfelt lyrics. Their songs encourage a positive outlook on life, even when things may be tough. They are optimists at heart and believe there is always a light at the end of the tunnel, no matter how small or distant it may seem. 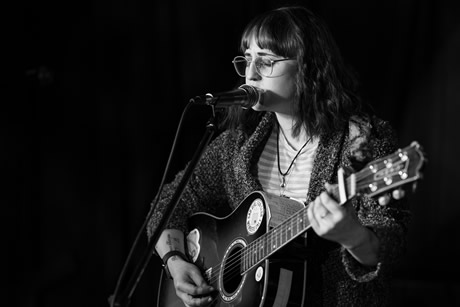 Amii Dawes is a singer-songwriter from Northampton. Inspired by the likes of Joni Mitchell, Alanis Morissette and Laura Marling - She has been touring the UK and Europe since 2011. 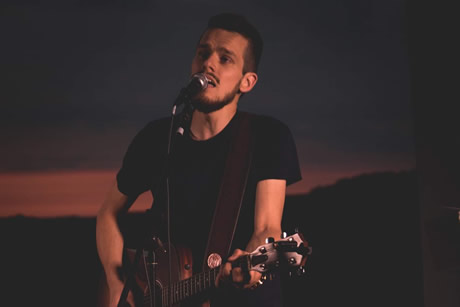 Daniel Butterworth always makes an impact with his high energy, Bluesy infectious soul and all-round passion for performing. He is sure to get your feet tapping and your heads bobbing. Playing songs from the likes of Mumford and Sons, Ed Sheeran and Oasis, as well as his own well created catchy originals. Daniel has a great selection of songs that is sure to please anyone. This fantastic musician is not to be missed. 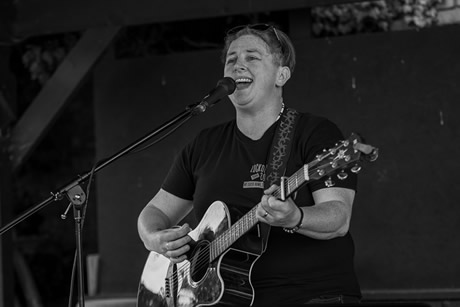 Acoustic music with attitude! With 20+ years of songwriting tucked into her belt, Celine has been down enough roads to have a few stories to tell. Taking inspiration from her parent’s record collections and blending Country and Americana influences has resulted in a unique singer/songwriter style with more singalong melodies than you can shake a stick at! Celine has been dubbed "One of the Midlands' best kept secrets". 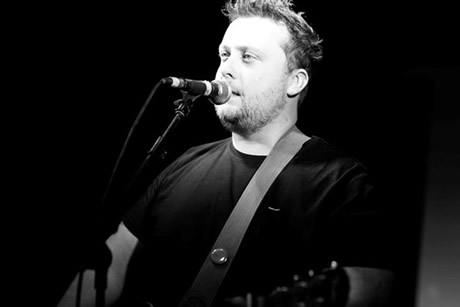 Stephen Tanner is a singer-songwriter based in South Lincolnshire. He plays his own heartfelt music, inspired by alt-country and broader acoustic music. His main influences are songwriters like Jason Isbell, Ryan Adams and Frank Turner. His debut album ‘The Sound of the Unlocking’ was released in 2019 and put his music on the map with many radio shows and stations including BBC Introducing. 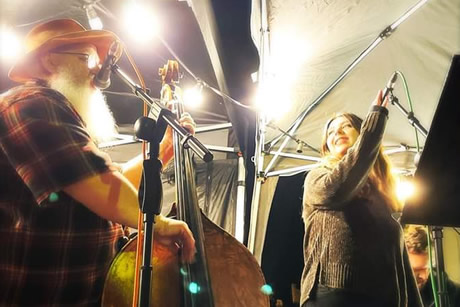 Hatstand Band play a range of styles from obscure murder ballads with a smile, to slightly twisted versions of more familiar songs. Their aim is to get you smiling, singing along, tapping your feet and maybe even dancing. No song is off limits for a Hatstand version.

King’s Gambit is a party-loving English folk band, performing original tunes filled to the brim with melody, spirit and banging beats! Based in Northampton, this 7-piece band have been thumping out its infectious 'folkbeat’ throughout the country since 2010, persuading the people of sweet England to DANCE! With 4 self-released albums now under its belt, the group have now recorded and released its biggest record yet, Around We Go Again - their first studio album. 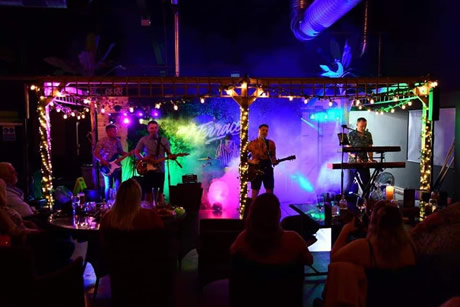 Six Feet Apart were originally a three-piece formed over lockdown covering harmonious songs from all decades and then due to popularity and demand grew into a 5-piece energetic band with tight 3-piece harmonies covering all ranges of songs from The Eagles through to Anne Marie, from Bruce Springsteen to Ed Sheeran and from Tom Petty through to McFly. These boys have been smashing the gigs over the last 18 months and are a force to be reckoned with, guaranteeing an electric party atmosphere wherever they play! 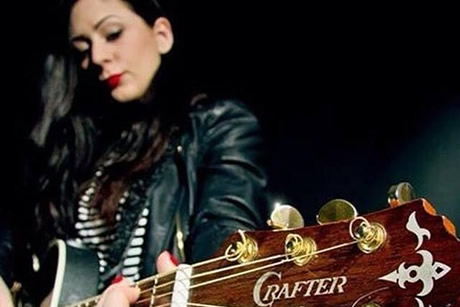 Hannah Faulkner is a successful singer/songwriter from Northampton.

“The Hardest Working Musician & known as the girl next door, with her soulful killer voice & heartfelt lyrics which leaves audiences captivated” - Musos Magazine 2012. 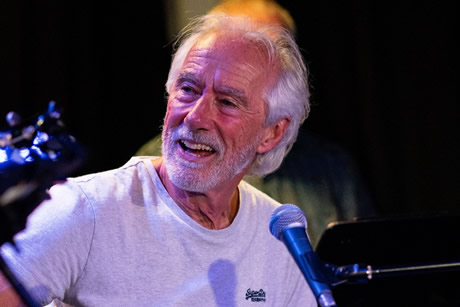 Brendan has been singing and playing for 55 years. But don’t hold that against him. Not one to dwell on the past. He always seeks out new ideas. So, when it comes to slotting him into a genre, it’s a challenge. He will happily listen to Mozart one minute and Zappa the next. His repertoire is the same: you can never tell what’s coming next. What you can expect is music from the soul. Music from all over the place. Music from his own soul. Music with two ideas: Tell a story. Entertain. 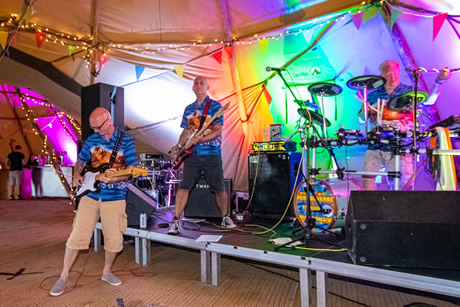 A surf and rock’n’roll 3-piece, specialising mainly in reverb-drenched instrumental songs that evoke the sound of crashing waves and covering songs from the early days of rock and roll. Named after a Corby, Northants street name, the band are made up of a Bassist with gas, an NHS-programming-Guitarist and an ‘African Sunset’ Drummer who stands up when he should be sitting down (apparently).

They are influenced by all things 60s-instrumental Surf Rock, Punk, Classical and obviously Rock’n’Roll. 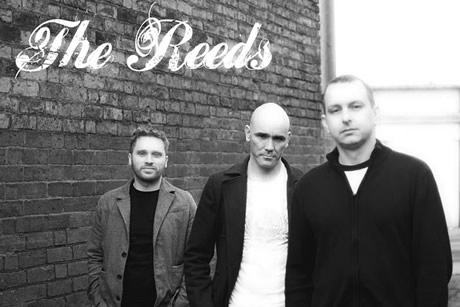 The Reeds, hailing from Northampton UK, have a shared love of music with influences ranging from The Beatles to Gomez and Radiohead to Phish. Their music has a distinctly British quality, incorporating close harmonies, stick in your head choruses and intricate instrumental arrangements. The music is highly diverse and each song could fall into a different genre somewhere between indie, alternative, retro, pop, rock and acoustic, but all the work is emotional and heartfelt. 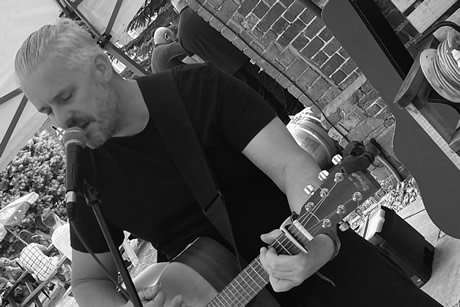 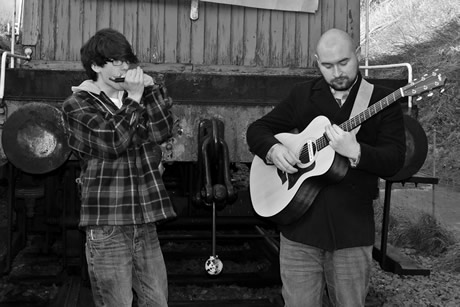 John and Craig are multi-instrumentalist musicians who form Mojo Mules, a 2-piece upbeat blues duo, for fans of Muddy Waters, BB King and Rory Gallagher. They deliver an energetic live set with their own unique brand of The Blues. 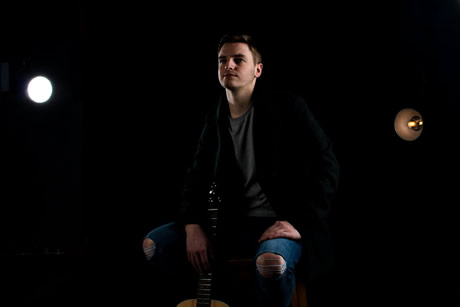 Joe Corkram
Joe is one-man band, acoustic singer-songwriter from Northampton. Heavily inspired by genres such as acoustic pop and folk which are the core influences of his music and live performances. Playing live since 2016, he’s played in a variety of bands and solo gigs, including the Northampton-based covers band ‘Six Feet Apart’ and former member of the indie band ‘Nothing Scientific’. 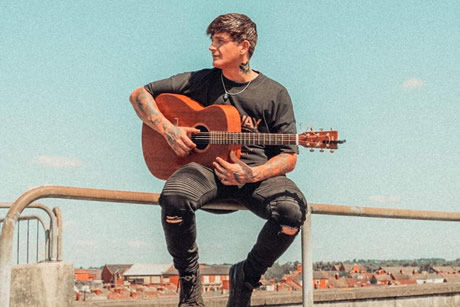 Scott Walters is an acoustic guitarist and vocalist with years of experience under his belt as a freelance musician playing for a variety of events and special occasions across the UK and Europe. With sets ranging from 50’s & 60’s classics to current chart toppers, Scott plays a selection of the very best pop and rock n roll hits for your pleasure. 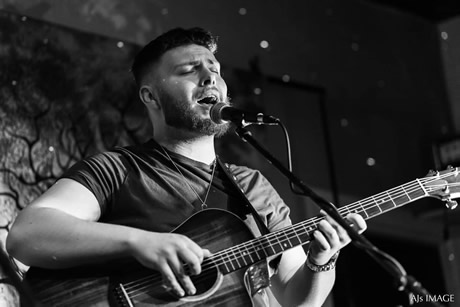 Ethan Kenna is an incredible local talent from Corby. A voice not to be missed, he is influenced by the likes of Jeff Buckley. As well as a voice full of power and passion, his original songs are packed full of universal themes which will resonate with all who hear them. 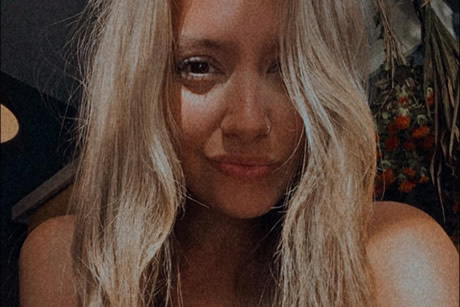 It’s time to jam with the soulful melodies of Vickii Elizabeth Stocker. Let her acoustic sounds transport you with tranquil interpretations of celebrated classics. Atmospheric (adjective) - creating a distinctive mood, typically of romance or nostalgia. 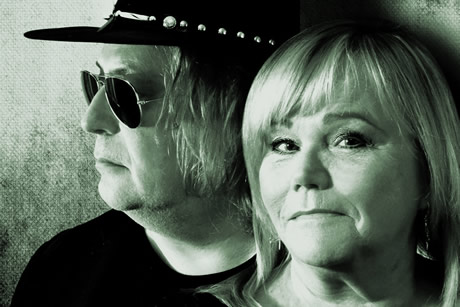 Oakleas Rise are a songwriting and performing duo comprised of Lesley Curtis and Stuart Mcleod. Their first collaboration was in 2014 when they co-wrote some songs for Lesley's third solo album 'Looking For The Girl.' Since then, they have been writing and performing as Oakleas Rise and released their debut album 'Little White Lies' in August 2019. They are currently working on their second album and look forward to seeing you all soon!